Amidst all this technology around us, it is a good idea to write a personal letter. If you’re planning on writing one but don’t know how to or have forgotten to then we’re here to help! By the end of this article, you’ll know what a personal letter is, the primary customs to writing one, & some persuasive letter writing tips.

What is a Personal Letter?

In a variety of ways, personal letters can still be chosen to typing an email. It covers letters of concern, travel & holiday correspondence, however, is not restricted to them. In comparison to other forms of written communication, a letter can deeply impact the reader. Even though letter writing is time-consuming, it conveys that one put in their effort to communicate what they had to say. Contingent on what’s written in the letter, personal letters can convey disappointment, happiness, sadness, compliant, a request & much more.

Customary Standards of a Personal Letter

What’s written in your personal letter serves as the key part. The same goes for the format of the letter. In this section, we will brief you on the traditional standards of writing a personal letter.

The Salutation of Personal Letter

The salutation of a letter is dependent on two factors i.e. the audience & the reason for the letter. The majority of the letters begin with a “Dear” as it can be used in either formal or informal letters. Regardless of you know a person or not, “Dear” is applicable. Salutations like “Hello”, “Hi” or “Good day” are used specifically for informal letters because of their casual & personal nature. If the intent of your letter is celebratory of nature then “Season’s Greetings” is suitable. You can use this in the holidays.

Something as basic as an incorrect salutation can give the wrong impression to someone you’ve never met. So choosing the appropriate salutation is important. Take note that the first letter of the greeting is always written in capital.

After the salutation, you must write the name of the recipient. If you’re writing a formal personal letter you should address the recipient with their full name or last name. The first letters should be capitalized when you’re writing to individuals with certain titles like Mr. Mrs. Dr. or Ms. Writing to someone in a higher position requires the respected titles to be written. You cannot abbreviate their titles such as the teacher in your university or someone of authority in your office.

Some examples of proper salutations are:

In case you don’t know the title of someone you’re writing to you will write:

The Closing of a Personal Letter

At the conclusion of your letter, comes the closing. It is written above the signature. There’s a wide variety of complimentary closing you can use in your letter. There are three types of closings; formal, neutral & informal.

If you’re sending an informal letter, here are some general closings you can use:

You may also use, “Get well soon” or “Happy Holidays”, depending on the purpose of your letter.

Following are some neutral closings:

Finally, here are some formal closings where your relationship with the recipient is strictly formal or for when you don’t know them:

The Format of Personal Letter

Personal letters have four portions; heading, salutation, body, & complimentary closing. What comes under these portions are heavily dependent on the purpose of the letter or who you’re writing to.

In the opening, you will write the appropriate salutation & then name the person you addressing it to. Following the opening, comes the body of the letter where the purpose of the letter is stated & everything else you need to convey.

Lastly, comes the complimentary closing. Use the closing that fits best to the context of your letter, leave two lines & write your name. The two lines are space for you to sign with blue or black ink. Your signature can have your work title or established affiliations.

You may add a postscript if you wish to.

As meaningless the opening & closing sound, special consideration must be given to both of them. We mentioned before that using the wrong salutation or even closing can negatively impact the purpose of your letter. Such as, if you’re sending a letter of complaint, using “Best wishes” will kill the whole point of it. If you’re writing a letter to offer condolences & ending it with a “Cheers” it will look extremely off to the reader.

Similarly, writing a letter to someone you’re good friends with & using a formal greeting then this will make the recipient feel estranged.

It is important to remember that no letter is the same. This means that every letter has a different purpose & a different audience which is why each letter has to be shaped accordingly.

How to Call in Sick Person Back to Work Politely? - Identify Fake Sick Leaves 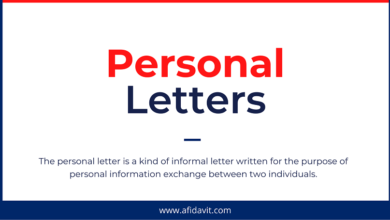